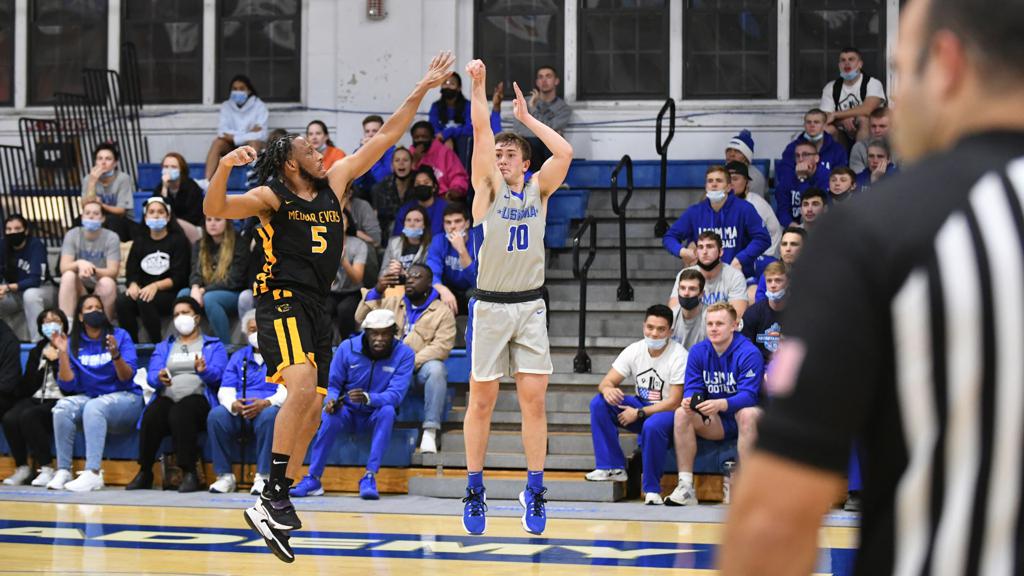 KINGS POINT, N.Y. (Nov. 9, 2021) – The U.S. Merchant Marine Academy men's basketball team put on a dazzling display, pleasing the raucous home crowd at the Liebertz Gym on Tuesday night in a 124-64 victory over Medgar Evers College in both teams' season-opener. The 124 points is the most the Mariners have scored since the 2001-02 season, when they claimed a 123-42 win over the former Polytechnic Institute University of New York.

They were lead by former Texas Tar Heel Sophomore Gavin Green (Flower Mound, Texas) as he tied for the team-high with 17 points.  He led all players in the game with five 3-pointers.